Carson City is a beautiful and welcoming city just outside of Lake Tahoe home to family-friendly neighborhoods, top rated schools and excellent amenities. With a combination of neighborhood parks, shops, restaurants, and amenities, Carson City makes an excellent place to call home but, don't take my word for it, let's hear what other folks are saying about living in Carson City. 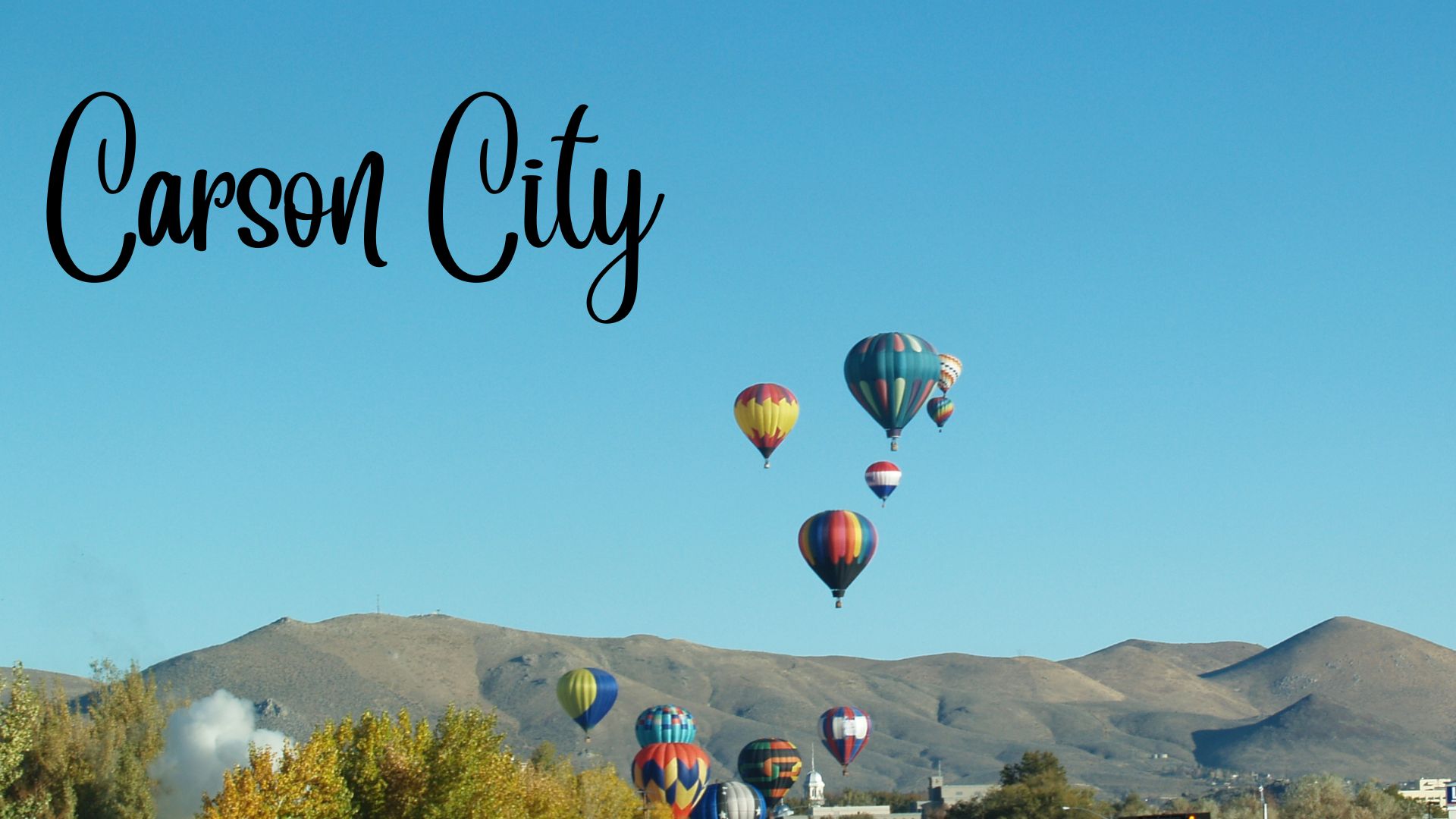 "An excellent community near any outdoor adventure you can image all four seasons of the year. A community that holds doors for you, remembers your name and is still a little classic. Small town with large personality and traditions."

"Carson City, overall, is a quaint "small" big city. It is the capital of Nevada, and has many hidden features waiting to be explored. Some of the best features within the city limits of Carson City, is the beautiful wildlife. There are not too many capital cities with active wildlife roaming about freely. Another aspect of this sweet place is the entertainment industry. Carson City has renewed its options for restaurants, music, theatres, and the arts." - Niche.com

Carson City community was founded in 1858 and was named after the famous frontiersman Christopher "kit" Carson.  Following the discovery of gold and silver on nearby Comstock load in 1859 Carson city became a thriving commercial center.  Shortly thereafter Carson city was selected as the territorial capital in 1861.  With it's area of 146 square miles it could advertise itself as one of the largest capitals in America.  Today, as the site of the Nevada gaming commission, and a variety of state department headquarters and federal agencies, the small city is economically thriving as the power center of Nevada.

As the capital of Nevada, Carson City is home to about 59,000 residents making it the sixth largest city in the state. The city's highest population is located in Eagle Valley, about 30 miles south of Reno.

Carson City is unlike a lot of places in Nevada where it features a semi-cold and arid climate with colder winters and hot summers. This high Desert River Valley is about 4800 feet above sea level and there are four distinct seasons. In the winter will see moderate snowfall with an average of about 9 inches or so of snow, rain throughout the winter and spring and dry and warmer summers. We typically have about a month where our temperatures are above 90°.

Things to Do in Carson City

Carson City is full of museums, parks, open spaces, entertainment options, restaurants, and shopping. Of course, there's the famous Lake Tahoe and Nevada state park close by with beachfront access and water activities. But that's not the only outdoor entertainment; we also have Silver Saddle Ranch, several trails, a variety of sports and Parks and Recreation.

Carson City is also home to several parks such as Mills Park featuring over 50 acres of trails, activities, picnic areas and more.

Carson City has its own School District that operates 10 schools with six elementary schools, two middle schools, the Carson high school and the alternative Pioneer high school. There are Montessori schools, public charter schools on several private schools within the area as well. Western Nevada college is part of the Nevada system of higher education offering many programs in arts and sciences.

58% of residents own their own homes and home values range anywhere from $190,000 up to over $1 million depending on how luxury you want to go. Single-family homes typically started about $200,000 up to $550,000, which can vary depending on the market and economy. You'll find single-family properties, townhouses, duplexes and even a few condominiums in downtown.

Contact us at any time for more information on homes for sale in Carson City or to tour any properties for sale.

Great home in a desirable neighborhood on the west side of Carson City BRAND NEW ROOF installed this year along with some new siding. It is easy to see that this home ha...

Are you wanting a home with character and space ? You don't have to look any longer . From the charming archway as you walk up to the front door ,to the trim inside the ...

Beautiful 4 bedroom, 2 1/2 bath home located near Empire Ranch Golf Course on .48 acres. Only one owner, pride of ownership shows. House has been remodeled with new paint...

Welcome to the 5th Avenue Townhomes! This 3 bedroom 2 bathroom home has great curb appeal with a beautiful surrounding green belt that is maintained by the HOA. The home ...

Gorgeous 5 bedroom custom home that sits on over an acre with no HOA fees. Conveniently located if you want to enjoy a day at Lake Tahoe or Reno. Current owners recently ...

This is a rare find, a spacious 4 bedroom manufactured home with too many extras to list. It even has central vacuuming. The bedrooms are large with a large walk in clos...

This is a beautiful home in the River Knolls subdivision. Many updates include new kitchen appliances, LVP throughout the main level, the water heater and HVAC was replac...

This Home is Move-In Ready - Happy Days the Seller has reduced the price over $56000 for a quick sale and has below market fixed rate loans at 5.75% for a limited amount ...

This is a very nice place that would make for a very low maintanence home or even a great rental. It's centrally located in Carson City. The master bathroom has been redo...

Welcome home! The gated and paved courtyard leads to a beautiful and well cared for home. You will enjoy a great room concept with 10' ceilings and quality throughout. Te...

Live, Work, and Play in the heart of Carson City! If you’ve been searching for an affordable home or investment opportunity – one with room to move and loads of potential...

Complete civil plans for 3-four plex apartment buildings submitted to CC planning department. Comments and or corrections have been addressed and returned to CC. Site Imp...

Information deemed reliable but not guaranteed